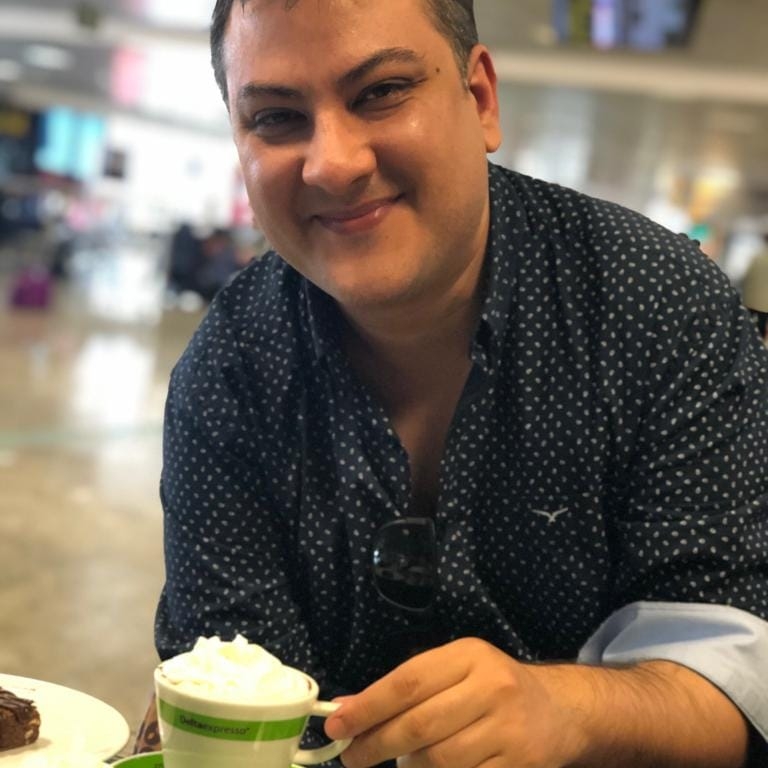 I was born 500 kms far from the capital city of Uruguay. There were no known cases of haemophilia in my family, so when my belly button fell 8 days after I was born and bled more than expected, doctors found ir weird but with pressure it stopped. At three months old I had my first major bleeding, inside my skull. The ambulance fled to the capital city and the studies revealed I had severe haemophilia type A. My family was distraught. Treatment (chrioprecipitate and plasma, at the time) was only available in the capital city and so they had to move closer.

I had a second skull bleeding at 12, had my first of multiple psoas confused with appendicitis and almost went into surgery, a major tonsils’ bleeding at 8 and had my leg fully cast at 9 for my first knee bleeding. Fast forward to 2006 and this time the bleeding was in my spine. Because, of course, if you can bleed, why not do it in the worst places, right?

My parents, who had to learn about haemophilia all of a sudden, received great support from the Uruguayan Haemophilia Association (AHU). So much so, that, remember my first psoas and almost being cut open by the surgeons? Well, they had been informed about the risks by the people in the AHU, and demanded further study. I was taken to another hospital and had my first ecography made (this was the 80s, and in my country this equipment was very expensive and scarce). My mom sighed in relief when I was asked by the ecographist if I had fallen or been hit in my stomach, it meant there was blood in there.

Studying was not easy, but giving up was never a choice. I would skip many classes, but my classmates and teachers would help me with the content and homework. Late, but I finished secondary school in 2002, got my degree in teaching in 2007 and my master’s in Teaching English as a Foreign Language in 2016.

Factor VIII arrived in Uruguay in 1999, and I first received it in 2002. Since then, my life changed completely. I could travel on my own to the capital, get the dose and go back home. I felt free. Empowered.

I always kept in touch with the AHU. Their wisdom had saved my life, and I wanted to give back whatever I could. In 2011, I got appointed vice-president. Maybe not because of how much I knew, but as a way to get me involved in the decision making process and learn from it. And did I learn… The board worked as a team, we developed a project called HemoSinergy, which took us all around the country, getting to know many families and working in coordination with doctors from different fields.

In 2017, after a short hiatus, due to family issues I had to solve, I went back and co-founded the youth group. We held meetings and started building a uniform group. One of those boys was granted participation in the SURO program in 2018 and developed the I want to, I can project, which fostered a healthy diet and physical activity among young adults.

As I mentioned above, I first received factor at 22, but it was not until 33 that I was prescribed prophylaxis. This was another big game changer. It helped me be more productive, reduce my work absence and face ageing in a different way.

Nowadays, my physical condition is not too bad, a bit overweight I must admit, but my bleedings (which used to be weekly) have reduced to a couple per year.

When in 2020 I was appointed Coordinator of Education for the Coalition of the Americas and I got to learn more about the reality of the continent, I realised how much lucky I was and how much still needs to be done. The World Haemophilia Congress in Glasgow in 2018, also gave me an understanding of how the people in other parts of the world live and how serious their needs are.

There is still a long way to go, but I’m sure we’re on the right track!

If you have any questions, please contact [email protected].